House for sale in France:

House for sale in France for:

EXCLUSIVELY LISTED WITH ALLEZ-FRANCAIS A unique opportunity to purchase a historically significant riverside cottage set beneath the ancient ramparts of Rochechouart with an amazing view of the famous chateau. The house is believed to date from the 16th century where it sat on the main ro

EXCLUSIVELY LISTED WITH ALLEZ-FRANCAIS A unique opportunity to purchase a historically significant riverside cottage set beneath the ancient ramparts of Rochechouart with an amazing view of the famous château. The house is believed to date from the 16th century where it sat on the main route into the town and was occupied by the local tax collector who would stop all the travellers and merchants entering the town. The house is located just outside the town's ancient ramparts, and that main route into the old town is now just a quiet country lane. One of the features that makes this cottage so unique is that it was constructed using rock that has its origin in the huge meteorite that struck this area over 200 million years ago! On the ground floor is a large kitchen and dining room with a top of the range Falcon Range Cooker. A wood pellet stove has also been installed and this provides a highly economic source of heating. The entire ground floor has been raised and laid with a tiled floor to ensure that it is well above the normal flooding level of the river. Whilst the river banks can flood in the winter if there is heavy rainfall, the house itself has remained dry. The lounge features original exposed beams and has a superb Godin wood burning stove. There is also a ground floor w.c. At the head of the original staircase is a landing which contains an old stone sink. To one side of the landing is a large master bedroom which enjoys the most spectacular views of the château . To the other side are two further bedrooms and a bathroom with a w.c. There is an easily managed garden alongside the river and the property enjoys the fishing rights within the river. It is a only 5 minute walk into the town of Rochechouart which offers a range of local amenities including hotels, restaurants, boulangeries, banks and supermarkets. Limoges can be reached within 30 minutes allowing access to the high speed rail network and to the airport which has regular, all year round flights to a number of UK airports. Agency fees of 5% are included in the asking price.Honoraires d'agence de 5% TTC inclus, charge acquéreur.Richard Morford, Agent Commercial, Siret No. : 752 627 984 00038 Tel : 06 88 20 70 48 E-mail richard@allez-francais.com Year built: C16thProperty Condition: Ready to move in 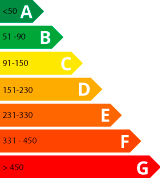 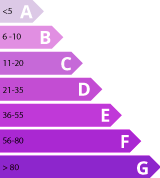 You might be thinking: I want to buy this house in France? Then ask for more information without any obligation. Please use the information request form on this page. We are happy to help you to realize the purchase of this house!

Because buying a house in France is on your mind, these offers may also be of interest to you:

Because buying a house in France is on your mind, these offers may also be of interest to you:

Do you want to buy a house in France? Then you're in the right place!